Customize and configure your stylus to do your Evil Bidding. Made to advance and improve the abilities of your stylus for digital artists, 3D modelers, or elevate the Microsoft Surface Pen inside of Microsoft Onenote.

Get more out of your stylus 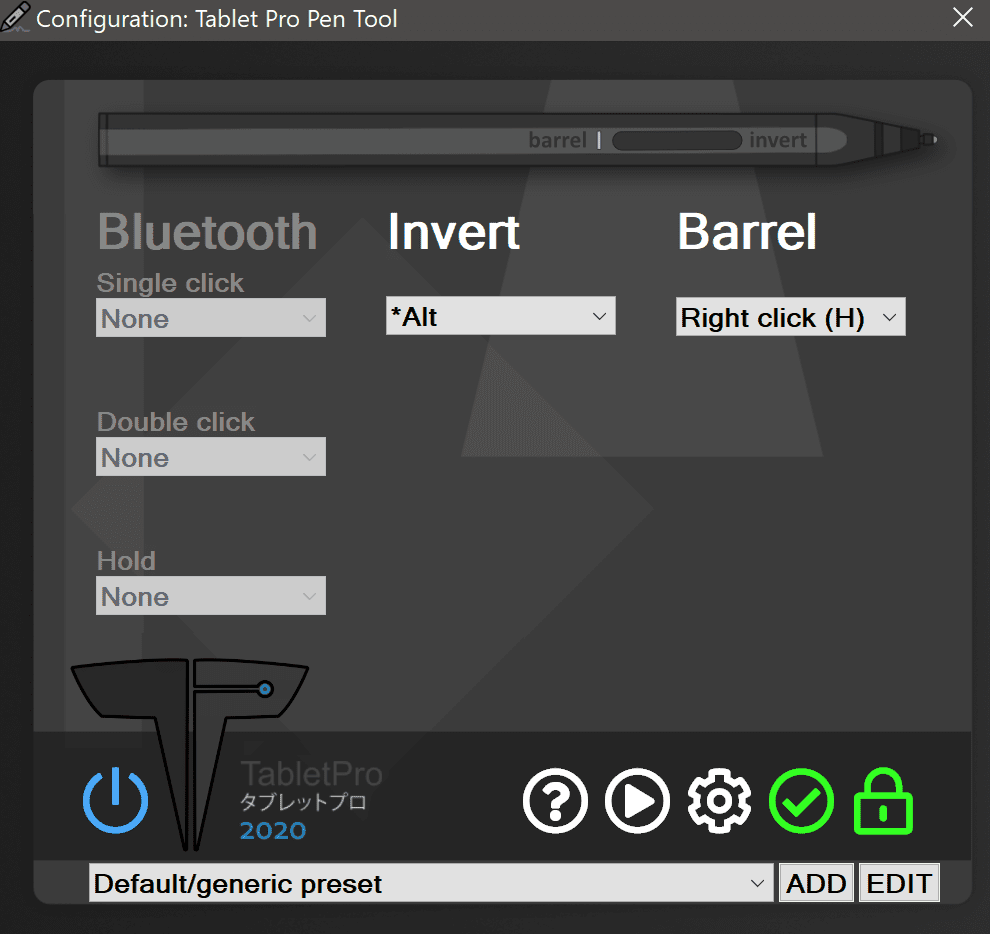 The Artist Pad and the other Modes of Tablet Pro Desktop software allow you custom keyboard hotkey panels and buttons for your Windows 10 software. Great for Drawing, 3D or as a companion to a Onenote stylus session. 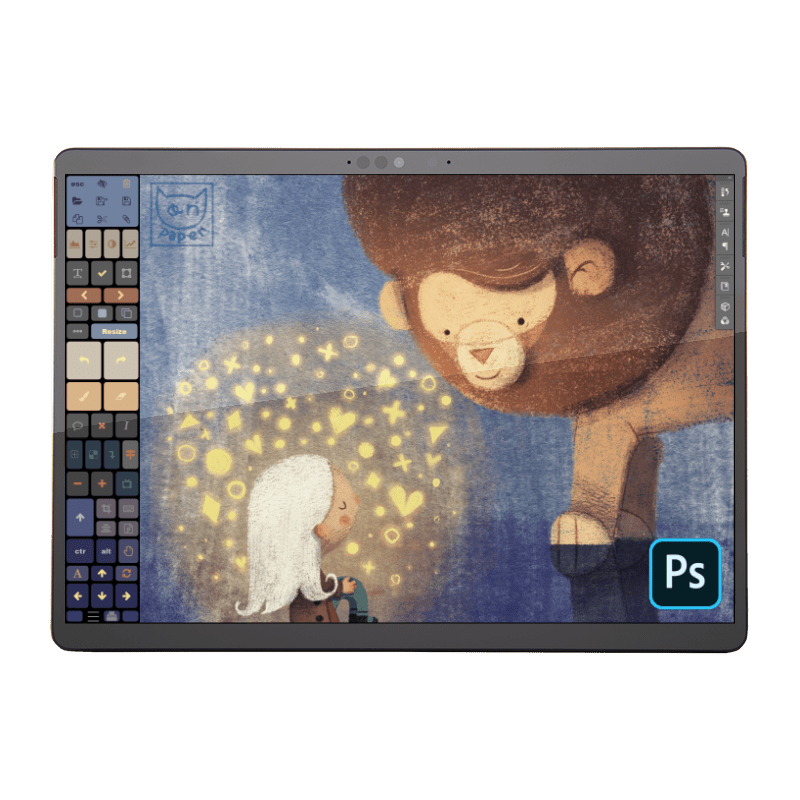 The Microsoft Surface Pen is not built for art. The Renaisser R520 is a better digital stylus made for artists and great for note takers. Buy the infamous R520 Stylus right here! 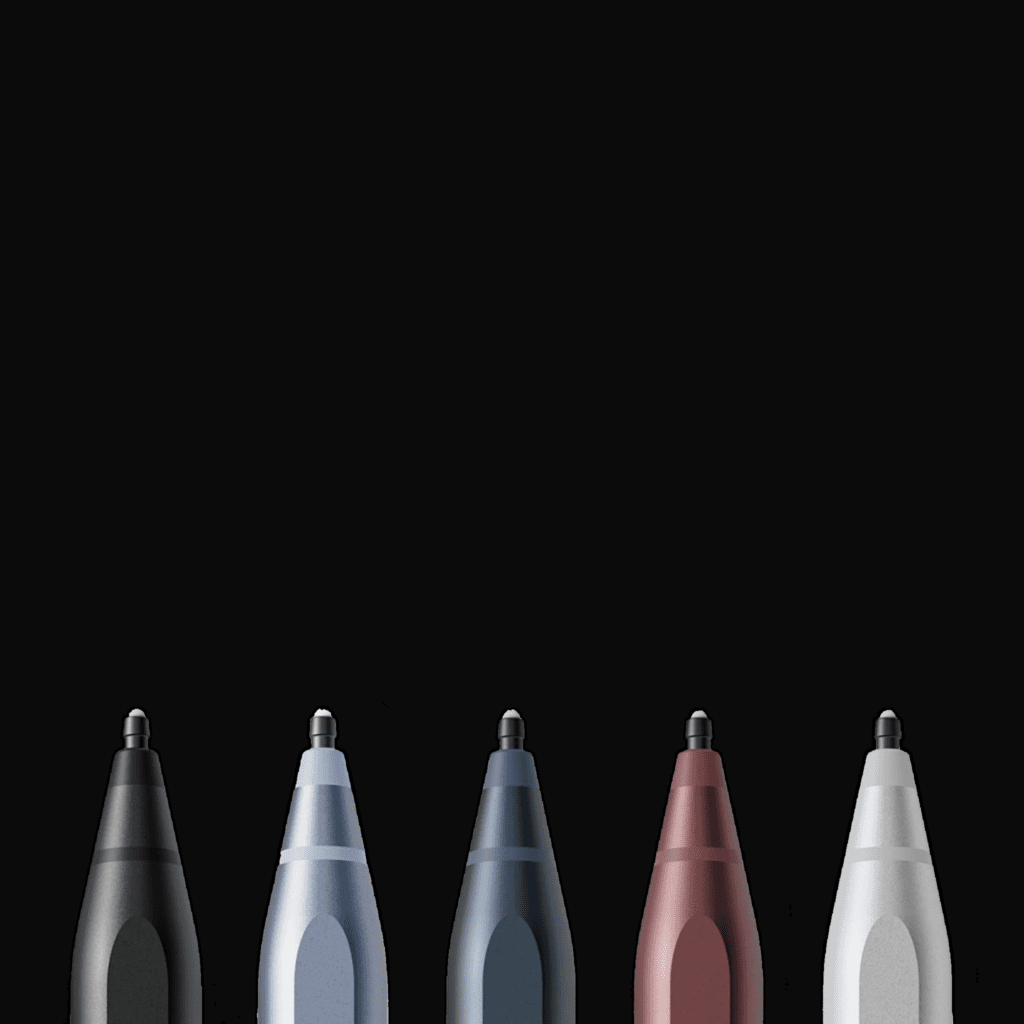 Change what the Surface Pen (and Microsoft compatible stylus) does when you press the side buttons. Automatically switch what the button does based on what software is running!

Remap the side buttons to do your evil bidding 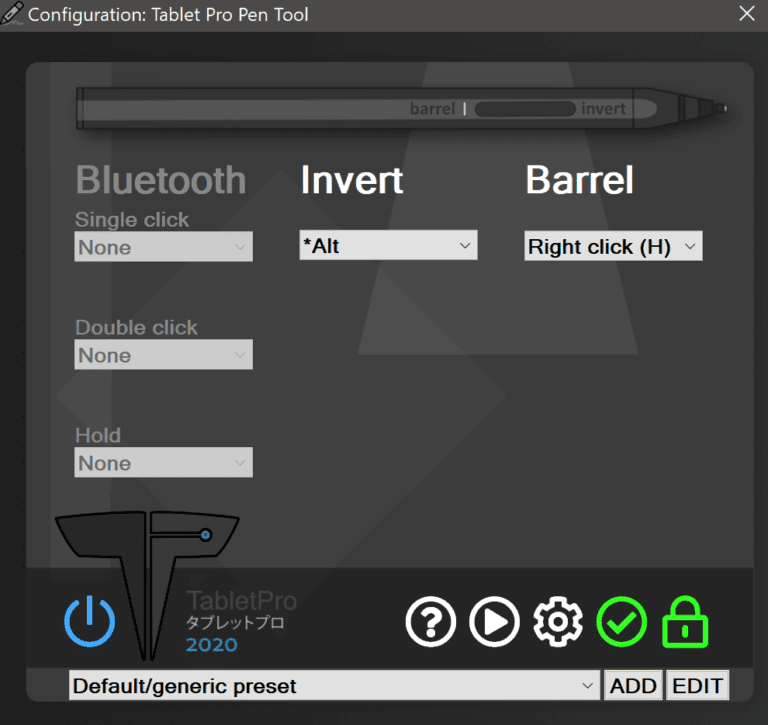 Try the Pen Tool for Free

Improve the Tablet without a keyboard

The Artist Pad is used by casual note takers to seasoned professional artists at the highest level. It let’s you use your tablet like a tablet, comfortably, where ever you choose with no keyboard, desk or mouse needed. You get to lose the keyboard but keep your keyboard shortcuts. 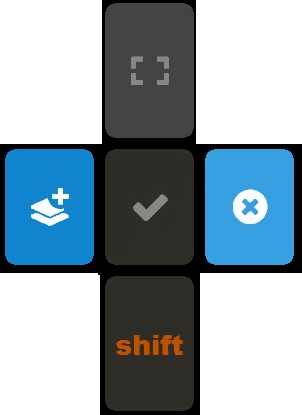 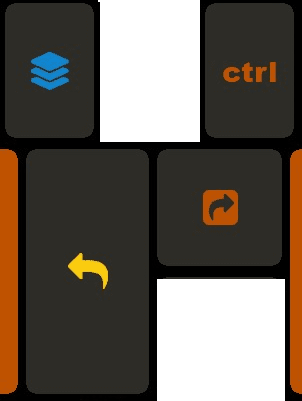 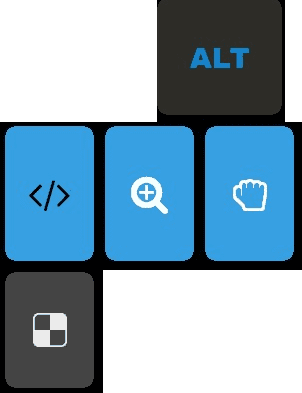 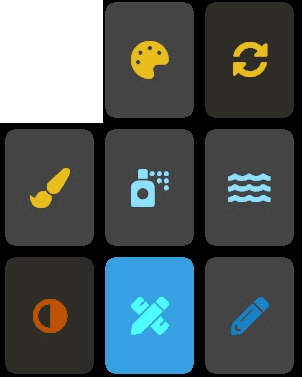 Create on a BIGGER canvas

WITH ONLY THE CONTROLS YOU CHOOSE

Used BY THE best

USED BY ARTISTS AT THESE GREAT COMPANIES

Are you using the default Surface Pen?

Why is this 2 button stylus so much better for artists than the default 1 button Surface Pen?

Is your STYLUS made for art or annotation?

#3. Start using a 2 button stylus made for Artists 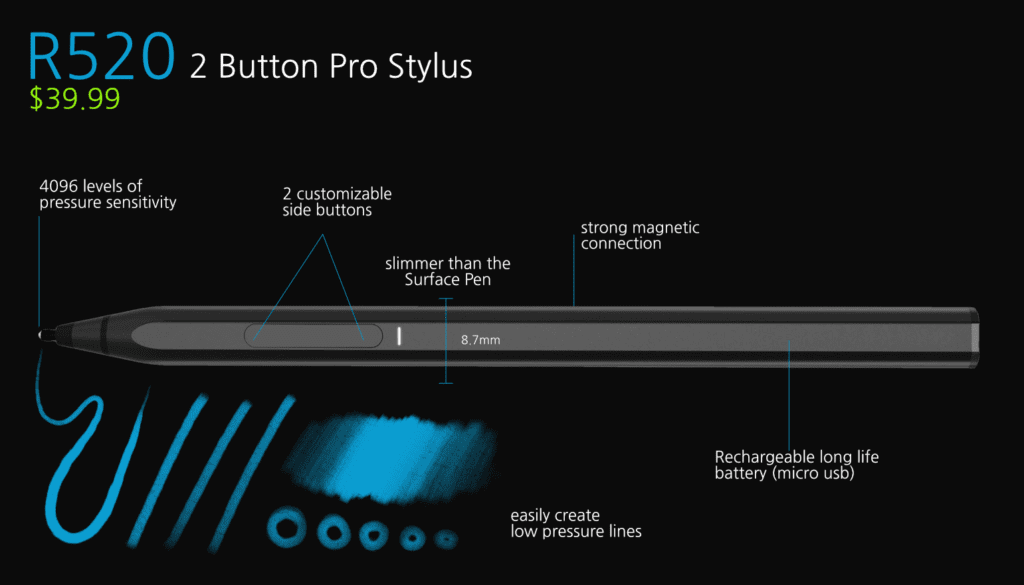 Why is this stylus better than the Surface Pen for Artists and note takers?

Use this Guide to quickly get started with an automated and elevated Windows 10 Tablet experience.

Due to current functional limitations of the Microsoft Store, Tablet Pro has two parts. We use the store for SECURITY and for their great license and updating structure! (10 computers on the same Microsoft account)

Try the infamous Artist Pad and watch the setup guide above . The Store App (to the left) is needed to Edit and Purchase the Desktop program

Get the Pen Tool for free when you buy the R520 Stylus. See why it is better for digital artists and note takers than the default Surface Pen. The Pen Tool is our Automation manager and is what will switch modes for you based on what program is active (this setting can be turned on or off)

The license is a standard Microsoft license which allows for you to use our programs on 10 machines concurrently with a single license. This makes updating or moving to a new computer easy and fast. When you run out of available machines you can remove a machine from your Microsoft account to allow for the software to be installed on more machines. The license stays with your Microsoft account so it’s easy to keep track of, when you install on a new machine using the same account your purchase will already be there when you download again.

We don’t personally like paying for subscriptions. All of our licenses are a one time purchase.

Purchases are fully guaranteed and refundable from the Microsoft Store. Purchases from the Shopify Store are fulfilled by J-Go Tech. All orders placed are shipped within 1 business day. Due to various border closures around the world, international customers are experiencing a delay in their package’s arrival. Click here to track your package. If you need assistance, please contact us at support@tabletpro.com for help

Happy Creatives and Note Takers
“It's like having a whole new tablet. Finding and installing Tablet Pro has been the single best thing I've got on my tablet. It means I can use all the programs I want with ease, and not having to disconnect and reconnect my keyboard every time I want to use keyboard shortcuts. ” 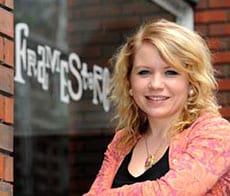 India⭐ ⭐ ⭐ ⭐ ⭐
"As an artist I use Tablet Pro for painting and sculpting. It makes working on my Surface Pro a much improved experience. I cannot recommend it enough!" ⭐⭐⭐⭐⭐ 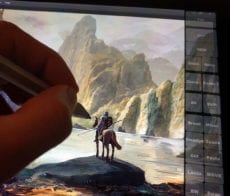 Johnni Christensen
“I love retouching my images on the road and I love how light and powerful the new surface pro is. But I needed a keyboard solution as the keyboard would get in the way, Tablet Pro came to the rescue and it really rocks!” ⭐⭐⭐⭐⭐ 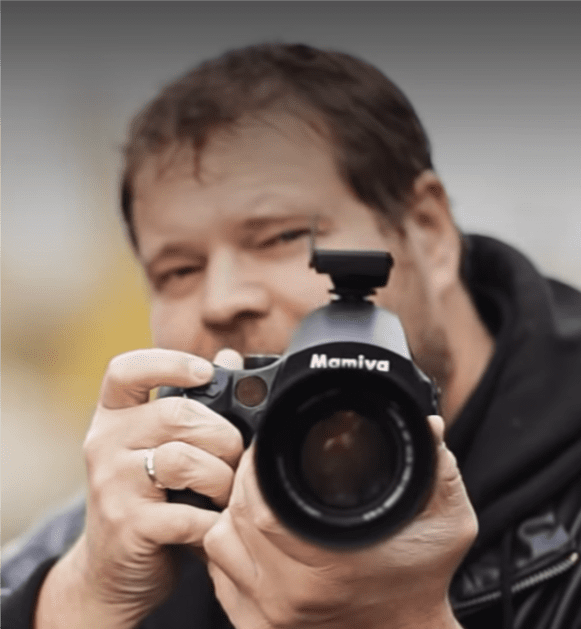 Frank Doorhof
"As an artist who recently started playing around with digital art, I am loving the Raphael 520 and how smooth it feels on my tablet! Couldn't figure out how to set up the pressure sensitivity on Krita at first but Justice was amazing and quickly walked me through it. Now it works great and responds to the lightest touch. I admit I was debating purchasing from Amazon at first, but I'm glad I chose to get it here, way better service and way cheaper too!​" ⭐⭐⭐⭐⭐

AgnesPainter
"It's waaaay better than the original microsoft pen. This one has more pressure sensitivity and battery saving mode and the pen nibs. I actually like the plasticky one its smooth and very comfy to work with." ⭐⭐⭐⭐⭐ 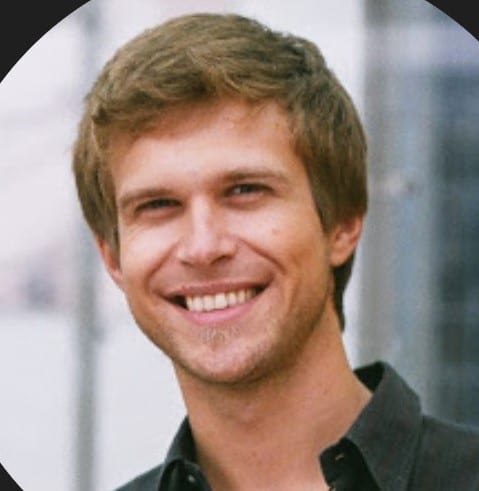 Mangis RiesutaDigital Artist
"The Raphael Stylus is good people, go for it : lighter than the Microsoft one, feels like a paper pen and has a really good pressure curve. You won't regret it!" ⭐⭐⭐⭐⭐ 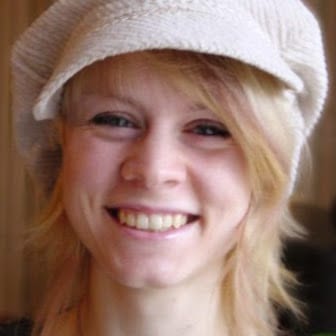 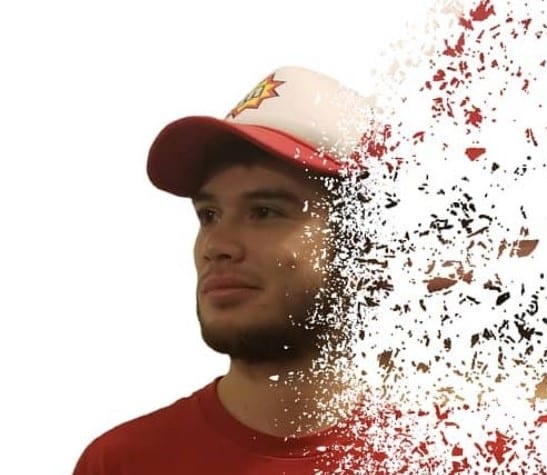 Taylor NictyAnimator
I love using the innovative Tablet Pro app on my Surface Pro with Zbrush. Frees me up from that monster desktop and NOOOO keyboard! Justice provides great tech support and I bought his new 2 button pen, great setup for mobile work!" ⭐⭐⭐⭐⭐ 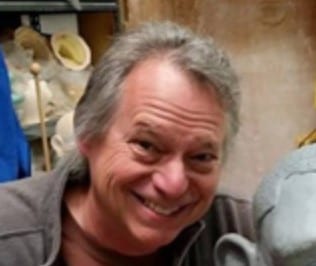 Steve Axtell@axtellexpressions
I love using the innovative Tablet Pro app on my Surface Pro with Zbrush. Frees me up from that monster desktop and NOOOO keyboard! Justice provides great tech support and I bought his new 2 button pen, great setup for mobile work!" ⭐⭐⭐⭐⭐ 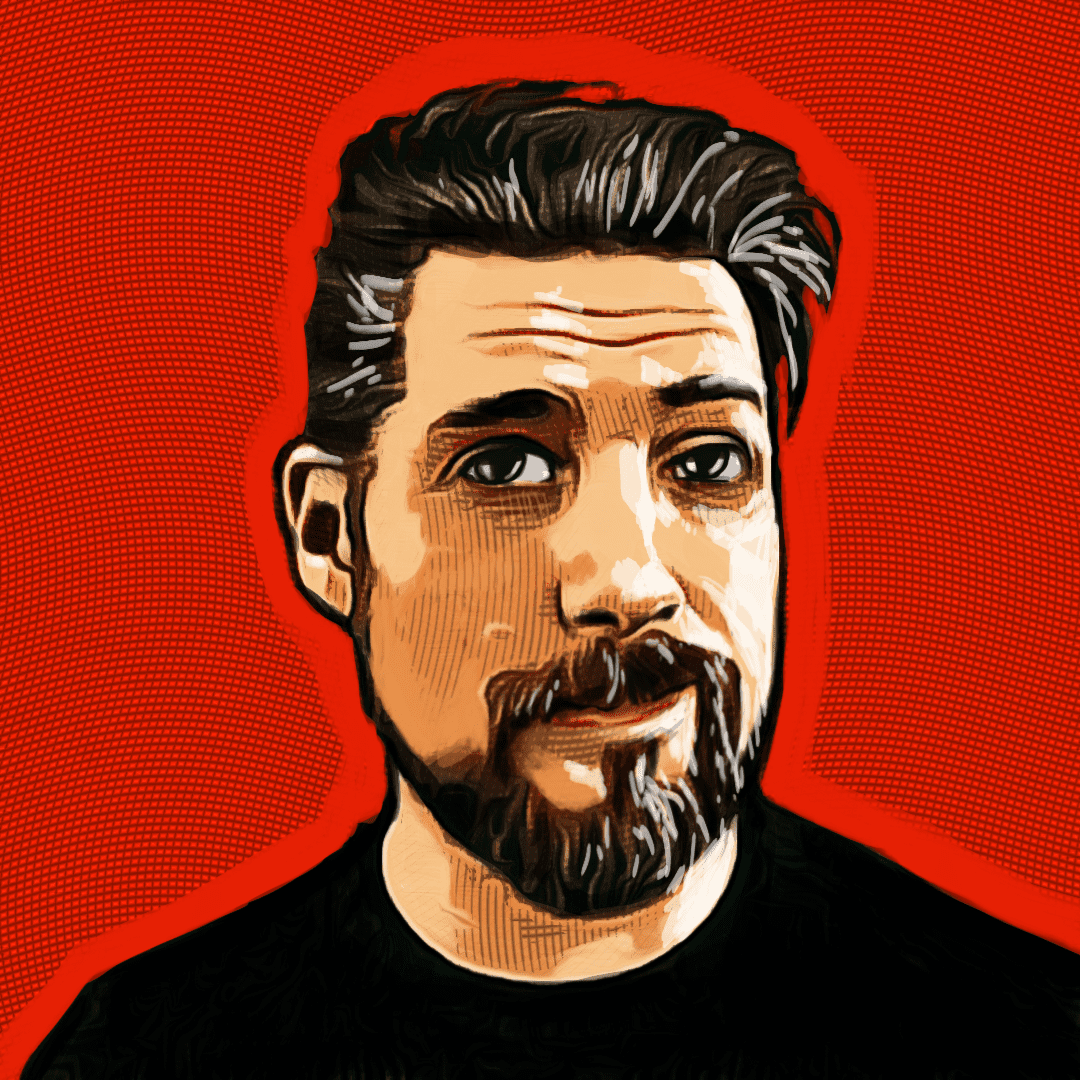 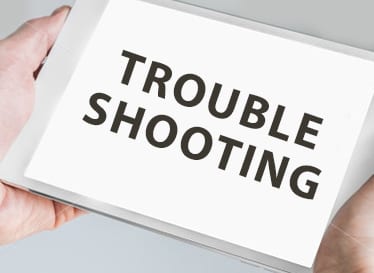 The included presets for Zbrush and Blender provide a template using the drag frame, or drag location frames. This is the best way to nagivate in 3D currently. The Pen Tool is designed to help with navigation in 3D programs as well and coupled with a 2 button stylus is a solid, very usable solution (where the eraser button works to sub material) and alt can be mapped to the right click button on the side of the stylus. Please watch these videos if you have questions about 3D navigation. Zbrush – Blender

For Tablet Pro to work with a program in the most familiar way (like a keyboard) the program must use Microsoft’s newer touch api. The newer touch api has been around for a number of years now, and many of the newer programs have adopted it. Krita, Sai V2, Clip Studio, and Leonardo are a few examples. Some Programs like Zbrush and Photoshop that have been around for 20+ years are still using the older api. This means to navigate in those programs you will need to use toggles or drag frames. The recommended option example is a “blank button, + alt +1 sec”. Tap the button then quickly start using the pen within 1 second. This works well for color picking and quick navigational movements in 3D. However, ideally, if your program doesn’t support SPT (simultaneous pen and touch), use of the Pen Tool is recommended. Assign the modifier to the side button (rbutton). The included presets in Tablet Pro have this behavior pre setup. Navigation on a drag frame is done with just touch while the pen is hovering and the touch movement performs the action. For more information on this please watch our SPT (simultaneous pen and touch) video on YouTube.

The purchase for Tablet Pro desktop is done using the Layout Editor in the Microsoft Store. The purchase includes a license for up to 10 machines using the same Microsoft account and can be used concurrently.

Where is my stylus? Covid 19 Shipping delays

During the Covid pandemic, shipping times have lengthened. While they have sped up dramatically, there is occasionally a longer delay while the package is being shipped overseas. This is typical at this time. The package will show NY or LA as the last location. If the delay becomes too long, please contact support and I will refund the cost of the purchase until it arrives and you can repurchase it at that time. Our delivery success rate is very high, but there can be delays. Thank you for your patience during this time.

What happens if my stylus doesn't work correctly?

I provide a full replacement guarantee for the stylus from the date it is delivered for 90 days and often longer. I will ship out a new stylus, expedited if there is a problem, and you will not be charged extra.

The Pen Tool is now fully compatible with the  Surface Pro 7  and Book 3. Compatibility is still pending on the Surface Pro X

The R520 (Renaisser Raphael 520 stylus) is a Windows Ink / Ntrig / Surface Pen alternative stylus. This means that it will work on ALL devices that support the Surface Pen. Please keep in mind that wacom based devices will not work with this stylus. Please check with your manufacturer of your device to see if the Surface Pen will work on it. We do NOT recommend the R520 stylus on devices that don’t support Microsoft’s 2.0 Pen Protocol that includes support for tilt data. That means that devices like the Surface Pro 3 may not work well with the R520 stylus. However, updating the pen drivers may resolve issues. Most Lenovo and Acer tablets are not compatible. Most HP, Dell, Microsoft and Asus are compatible. Please confirm your device. 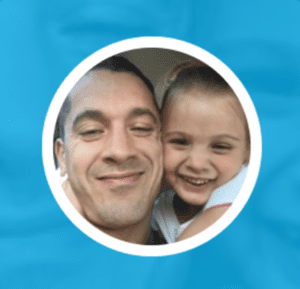 I’ll be introducing new tools and software to help improve digital ink, art and note taking for creative people. If you want to be a part of that journey with me, please add your email now.